The Lancashire School of Music was founded in 1986 by the well-known organist of the Blackpool Tower Ballroom, Reginald Dixon, and soon established itself as an examining body within Lancashire. Its original purpose was to encourage young keyboard musicians. The LSM was run by Dixon from Blackpool and then from Manchester where premises were purchased. There was a strong emphasis on encouraging players of the electronic home organ. Upon Dixon’s death the LSM was carried on by John Dickinson until his own death in 1990. Dickinson introduced a graded examination scheme that was recognised by the then Department for Education and Science. There was also a wide range of diploma awards, which were made largely on the basis of accreditation of prior learning.

Upon the death of Dickinson the LSM fell into abeyance. Although restarting it was discussed, it was eventually felt that the desired aims and objectives would be better served by a new institution. Consequently the North and Midlands School of Music (NMSM) opened in 1993, in which Dr Colin Parsons, the late James Holt, Neil Shepherd, and the late Michael Howard were the leading forces.

Today the NMSM is active as an examining body, differing radically from other colleges in that it does not prescribe a set syllabus for its awards, instead allowing candidates a great deal of flexibility in the way they choose to present themselves for examination. Admission at member level is possible without examination. The NMSM also encourages musical performance through occasional concerts and recitals. The Thomas Memorial Fund, which assists young performers from disadvantaged backgrounds with the costs of NMSM examination fees, is administered by the School. The School’s membership has been reported to stand at around 300.

In 1999 the NMSM incorporated the Association of Church Musicians (which had been founded under the patronage of the late Sir John Gielgud) and the London Academy of Music. Since 2001, it has had a close relationship with the Australian Society of Musicology and Composition.

The NMSM has a number of distinguished patrons, including Professor Ian Tracey, Evelyn Glennie and Peter Wright. In 2008, Dr Colin Parsons, now Principal Emeritus, was awarded the MBE for his services to the School.

In 2003, I was awarded an Honorary Fellowship by the NMSM. 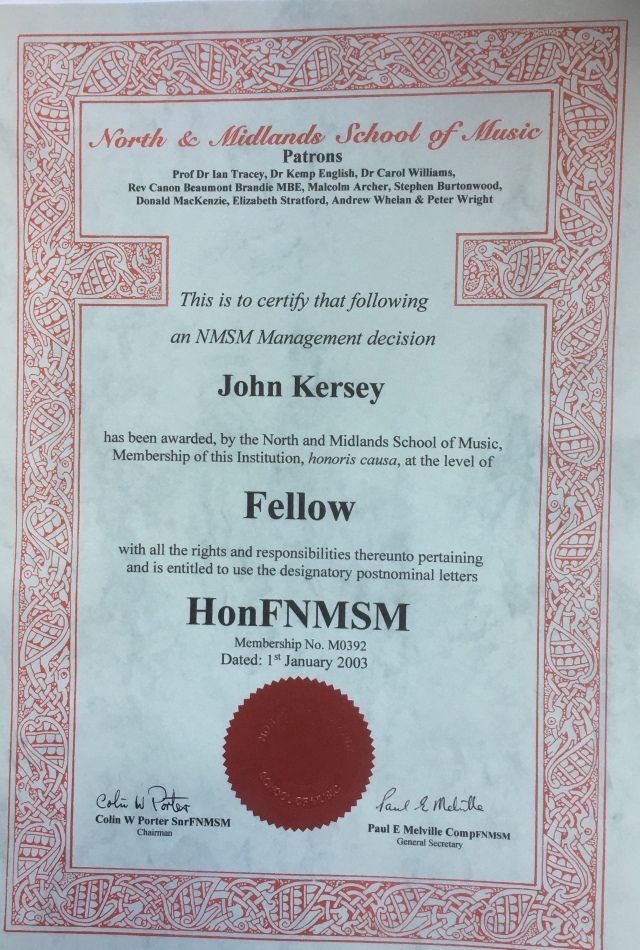 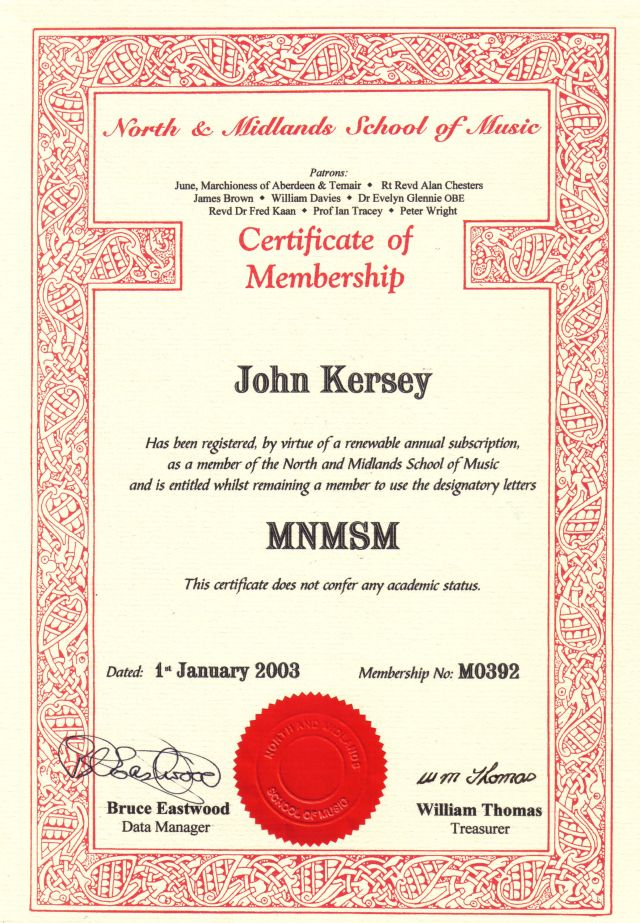