Honours and awards: Professor Emeritus in Music and Education, Sacred Theology, and Moral Philosophy, National Delegate and Honorary Master of Science in Bioethics from the ASAM University, Italy

I have received the honorary degree of Master of Science in Bioethics from the A.S.A.M. University in Rome, Italy. The basis of the award is “for Life Experience and Humanitarian Merits”. I have also been appointed as a Professor Emeritus in Music and Education, Sacred Theology and Moral Philosophy of the University, and as National Delegate for Great Britain and Northern Ireland.

The A.S.A.M. University (having the Motto: “Non scholae, sed vitae discimus” (We are not learning for the School but for Life”, Lucius Annaeus SENECA, “Epistulae Morales”, 106) is a non-profit and pro-life private institute of High Culture (originating for the Study and Practice of Martial Arts, for example Shaolin Kung Fu Wu Shu and for Oriental Studies; in fact A.S.A.M. is an acronym of “Accademia Superiore di Arti Marziali”, Superior Academy of Martial Arts), promoting Human and Animals Rights and Bioethics, on the model of the Popular Universities, registered in Rome, Italy, since 1996.

The University is a free and private institute of culture with university character, operating under private law. The diplomas and titles of the University are awarded on a strictly private basis in accordance with Italian and international law.

It is accredited and recognized by (amongst others) the Libera Università Leonardo da Vinci (Free University Leonardo da Vinci), Rome, the International University Saadaud, Somalia, and the Anglican Association of Colleges and Schools, and is affiliated to the I.B.A.M./Indian Board of Alternative Medicines, Calcutta (India). It has the status of meritorious twin partner to the Imperiale Accademia di Russia/Moscow University “Sancti Nicolai”. It is a Charter Member of the International Association of Martial Arts and Oriental Medicine, Texas, U.S.A. 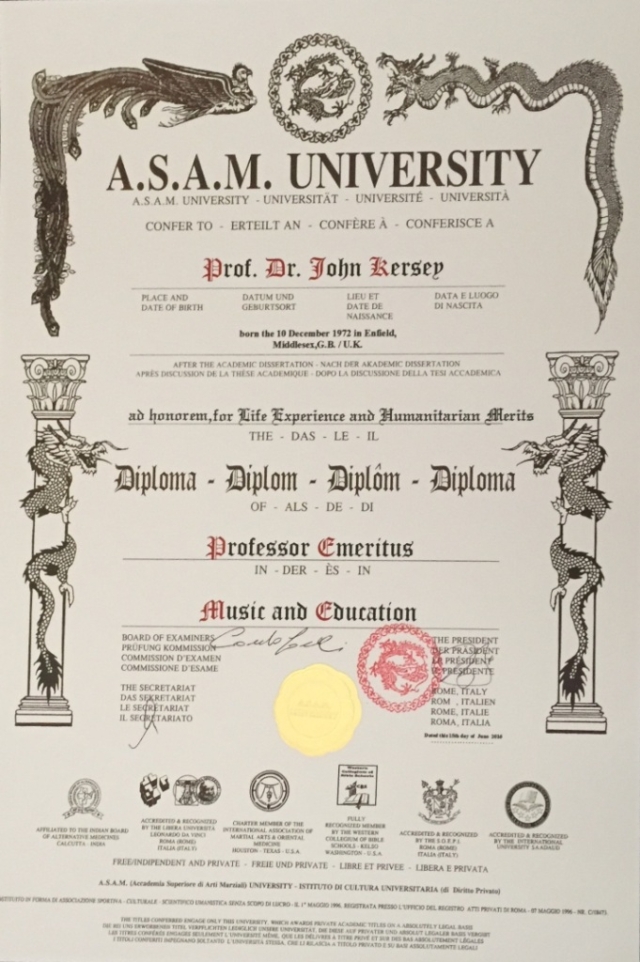 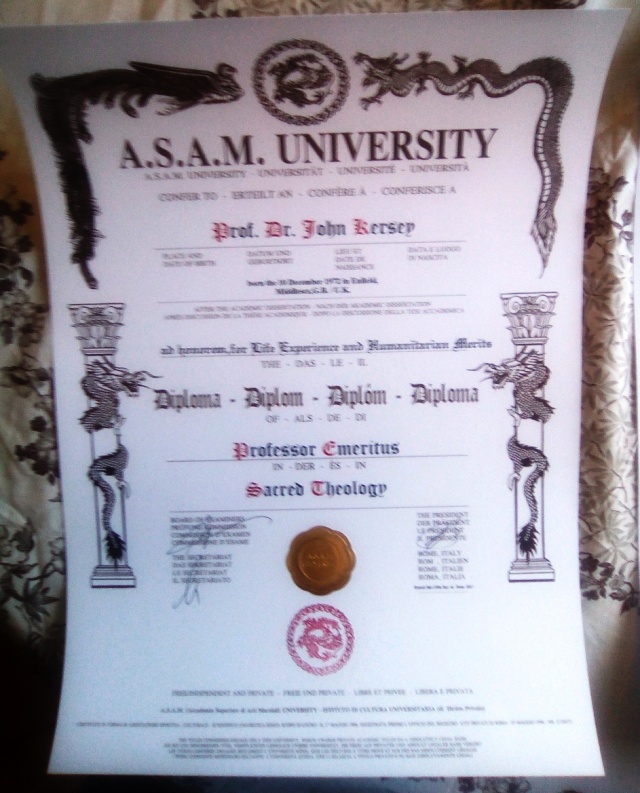 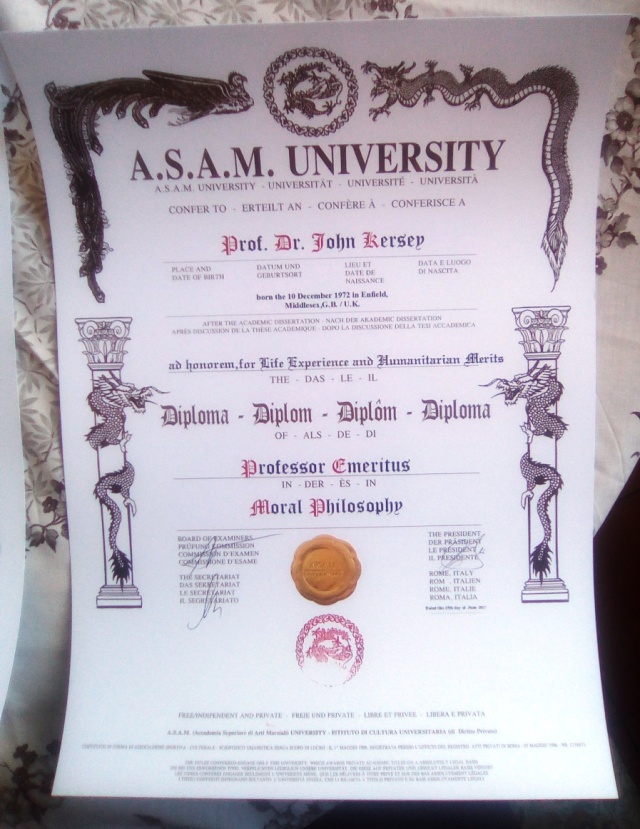 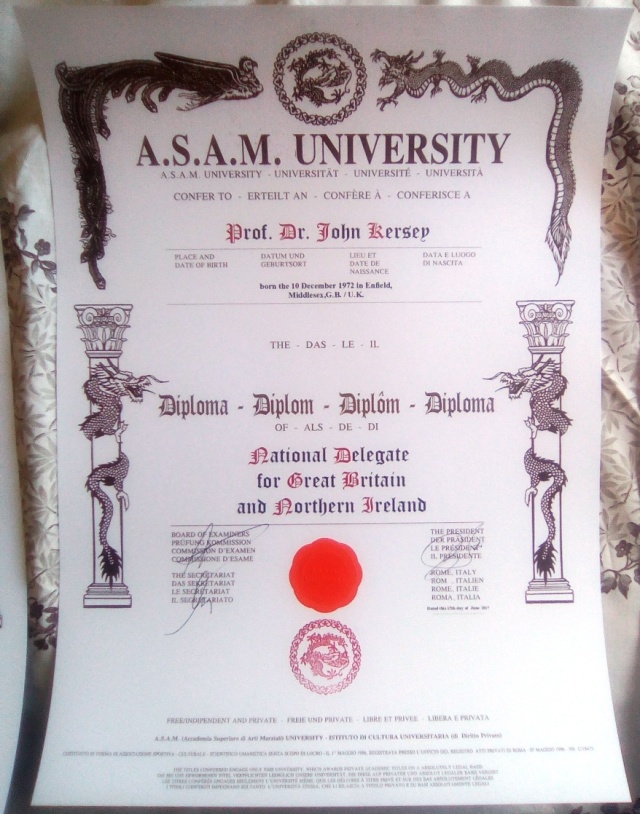