Juliusz Nowina-Sokolnicki is best-known in his capacity as the head of one of the two entities that maintained rival claims to be the Polish government-in-exile between 1971 and the fall of communism in 1990. He was Prince Grand Master of the Order of St Stanislas.

The Charity Medals were issued in gold (for outstanding merit) and silver. For each medal, a donation was made to support activity centres for children from poor families in Wrocław, Poland.

The Committee of the Charity Medals in Poland made the decision that I should be one of the recipients of the gold medal. 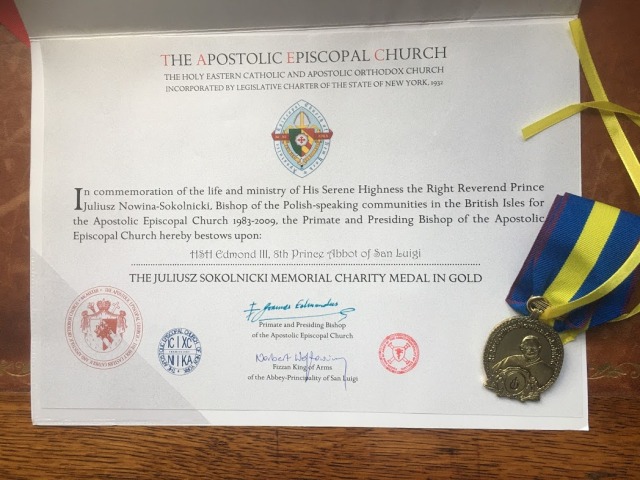