Honours and awards: Honorary Datu from the Sultan of Baloi, Philippines

I have been honoured to receive the title of Honorary Datu from the Sultan of Baloi, Mindanao, Philippines, HRH Tuanku Dr Datu Camad M. Ali, and to be adopted as a Noble of the Royal Dynasty of Baloi.

Baloi is one of the Sultanates of Lanao in Mindanao, Philippines. These were founded in the 16th century through the influence of Shariff Kabungsuan, who was enthroned as first Sultan of Maguindanao in 1520. The Maranaos of Lanao were acquainted with the sultanate system when Islam was introduced to the area by Muslim missionaries and traders from the Middle East, Indian and Malay regions who propagated Islam to Sulu and Maguindanao.

Unlike in Sulu and Maguindanao, the Sultanate system in Lanao was uniquely decentralized. The area was divided into Four Sovereign States of Lanao or the Pat a Phangampong a Ranao which are composed of a number of royal houses (Sapolo ago nem a Panoroganan or The Sixteen Royal Houses) with specific territorial jurisdictions within mainland Mindanao. This decentralized structure of royal power in Lanao was adopted by the founders, and maintained up to the present day, in recognition of the shared power and prestige of the ruling clans in the area, emphasizing the values of unity of the nation (Kaiisaisa o Bangsa), patronage (kaseselai) and fraternity (kaphapagaria).

The Sultanates of Lanao had maintained and had successfully defended their Sultanate from all Spanish attempts. After the last attempt, the Spanish never again ventured in all their duration in the Archipelago for 333 years. In the modern-day Philippines, there is no official recognition accorded to the former Royal Houses, but they continue to be regarded as an important source of regional and local leadership and to be accorded the rights of traditional leaders under the Indigenous Peoples’ Rights Act, 1997. 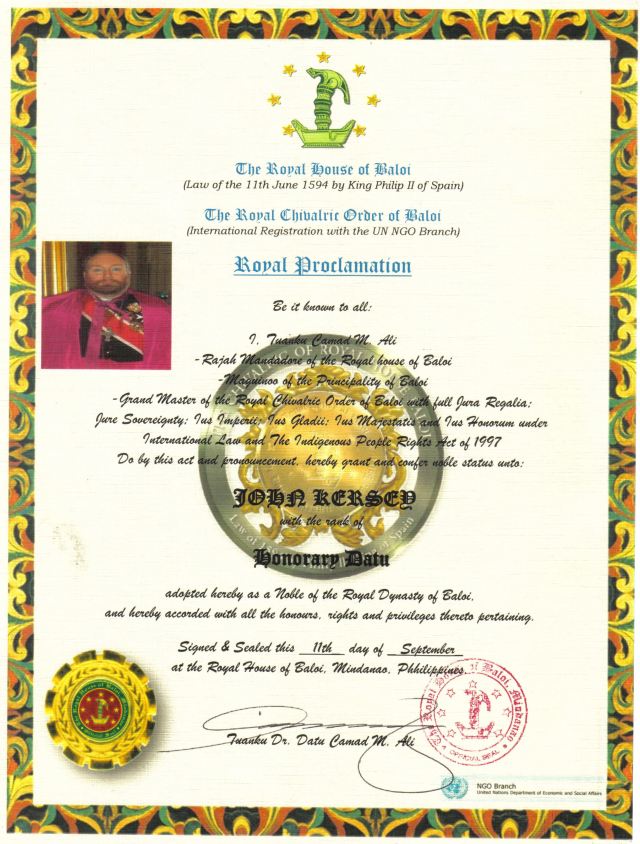