The Illustrious Society of Lords and Ladies of Memphis, Descendants of the Pharaoh Ha’a’ib.Re’ (H’o’phra, Apries or Wahibre) is a lineage society established by my late adoptive father, Prince Kermit Poling de Polanie-Patrikios, in his capacity as Chief Lord of the Society and Prince of Mennof-Ra. The Pharaoh Wahibre ruled Egypt for ten years around 1670 BC.

With regard to this particular lineage society, see in particular A 4000–Year Old Descent from Antiquity: From the 12th Egyptian Dynasty to the Capetians and Beyond compiled by F.A. Doria with analysis by Chris Bennett and comments by Christian Settipani and N. Taylor (2001). Further studies of antiquity that traced this lineage back to the 13th Egyptian Dynasty established the descent from the Pharaoh Wahibre, which was set out in a publication by Prince Kermit. 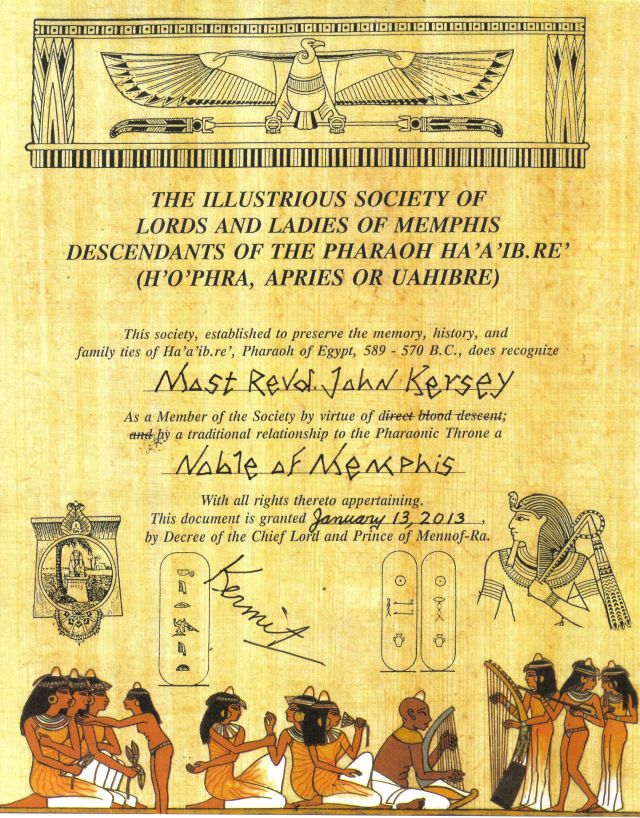