Honours and awards: Commemorative medals of the Royal House of Thailand

Posted on December 5, 2012 by johnkersey

I have been honoured to have been presented with several commemorative medals of the Royal House of Thailand. They were presented for “outstanding work for the progress of mankind through peace education” by the former Advisor of the President of the Committee for Private Education of the National Assembly.  In Thailand, it is customary for these medals to be worn by members of the civil service and the armed forces. 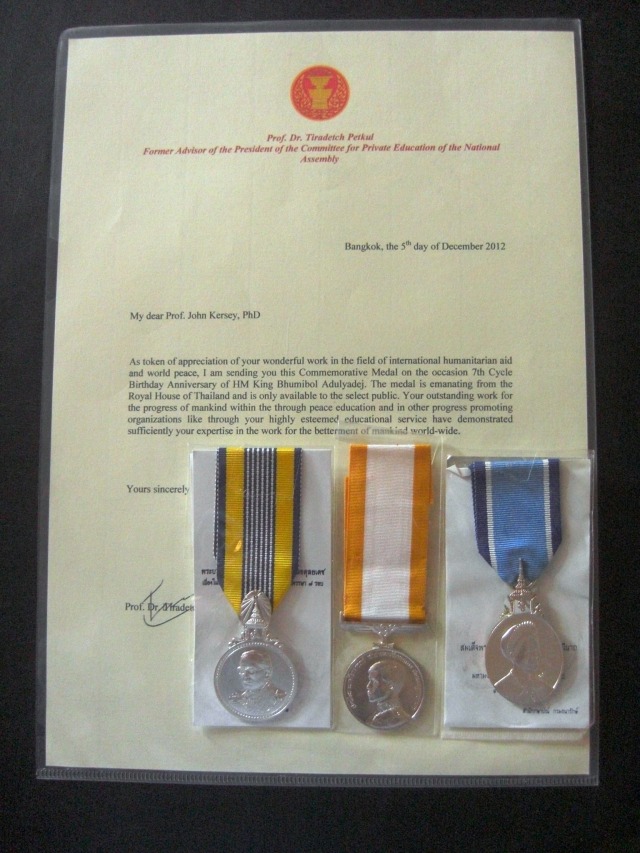