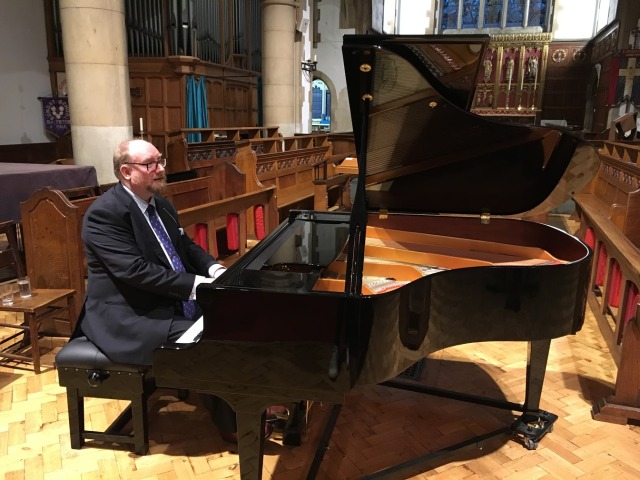 Comments from members of the audience:

“The D minor sonata was so beautifully played and in particular the crucial bars 143 – 148 and 153 – 158 in the first movement, which present much difficulty for we mere mortals in trying to convey the ghostly and spiritually contemplative atmosphere intended by the composer, were hauntingly beautiful. I have always felt the difficulty with these passages is more to do with the artist’s ability to empathise perfectly with Beethoven’s emotions than with technique; I felt your communion with Beethoven was at its height in those bars. You told me it was this sonata which set you on the road – at the age of nine, I think; certainly your special connection and affinity with it shone through. Your performance of the Hammerklavier was a tour-de force and your control, especially in the last movement, was astonishing. What a work that is! And what a challenge! Again, I’ve not heard this sonata played better than I did yesterday. We could not stop talking about it on the way home.”

“I was mesmerised by your magnificent playing on Saturday afternoon at Chingford.. I leaned closer to the keyboard because I could hardly believe what was happening! What a stupendous mind Beethoven must have had to write that fugue in the last Movement of the Hammerklavier and what a formidable technique and musical understanding you John must have to play it! Bravo and congratulations. I so enjoyed all three sonatas and  was especially captivated by the last lyrical and beautiful movement of the Tempest.”