Honours and awards: Honorary Associate of the Faculty of Church Music

I have been delighted to have received Honorary Associateship of the Faculty of Church Music.

The Faculty of Church Music was originally formed as a diploma-awarding body in order to provide the Free Churches with an alternative to the Guild of Church Musicians. The first President (from 1957) was the Rt. Revd. G.F.B. Morris, who was a Bishop of the Church of England in South Africa and a leading evangelical. The founding Honorary Secretary and Executive Officer was Dr Douglas Geary, who in 1967 became President of the Central School of Religion.  A few years after this the FCM was absorbed into the CSR, where its diploma programmes continue alongside the degrees in Church Music that were introduced in 1980. The current Director of the FCM, Dr Andrew Padmore, was formerly Organist of Belfast Cathedral.

The awards of the original grades of Associate and Fellow were made after examination; this was changed in 1958 to a system of accreditation of prior learning and experience and this method of award has continued ever since, supplemented by teaching and coursework. The award systems were revised in about 1997. A scheme of examinations for lay readers and their counterparts in the Free Churches has also been operated, leading to the former Bronze and current Silver and Gold Medals of the FCM in the Spoken Word and to the AFCM and LFCM in the same discipline.

The Society of Church Musicians was formed along similar lines to the FCM circa 1970 and merged with the FCM in 1980. This merger saw the FCM introduce a greater level of support and teaching in theoretical aspects of church music.

I was presented with the diploma of my award by Dr Mark Gretason, President of the Faculty, in a short ceremony at the Church of All Hallows by the Tower in London. 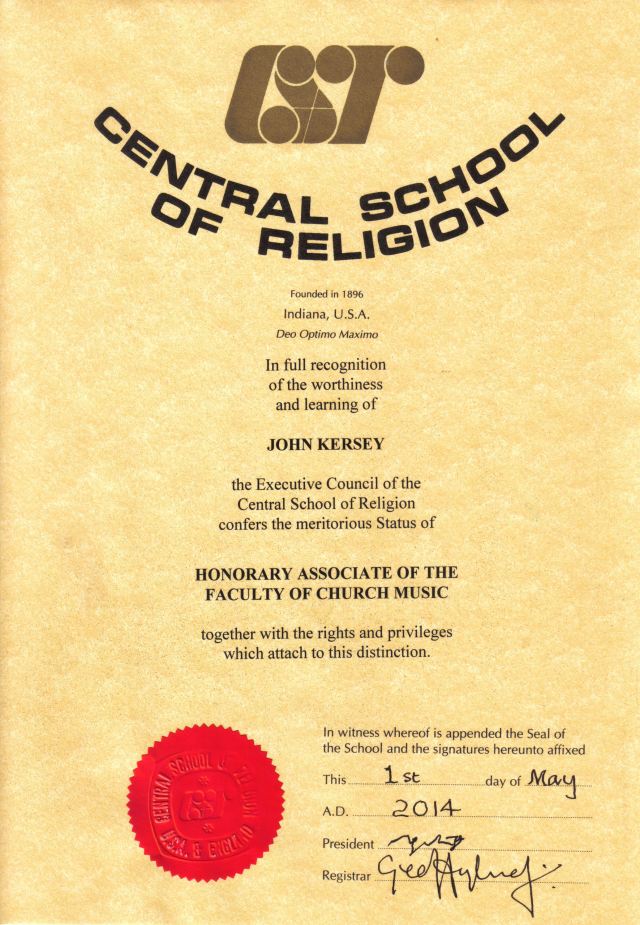